Let yourself be seduced by Natural Beauty of Foz and the Mariña Lucense.

Foz, a former whaling port, is a beautiful town in the Mariña Lucense of the Rías Altas, in the Lugo Coast, northern of Galicia.

It has 25 km of coastline cliffs formed by nine beaches of fine white sand bathed by waters rich in iodine, very beneficial to health. Most of them with Blue Flag. Its marshlands are home to one of the largest marine bird colonies of northwest Spain, watched from above by seagulls, shearwaters and gannets that nest in the neighbouring cliffs.

In Foz you will find endless possibilities to enjoy your holiday. From a leisurely stroll along its beautiful coastline to the practice of any of the numerous activities offered: leisure, cultural, adventure, etc. The Foz estuary is a natural paradise for those who love water sports: surf, windsurf, kite, canoeing or sailing.

Discover this beautiful place, belonging to Natura 2000 network, with any of the 4 routes offered by the tourist office: Beaches, Ouro river, Frouxeira or Corneria.

Basilica of San Martiño (3,5Km), the Spain’s oldest cathedral and the first that was built in southern Europe, dating from the 6th century and transformed between the 10th and 13th centuries.

Visits the unique Maritime Castro (Celtic village), from 1st century B.C to 2nd century A.D., near the beach of Arealonga, of Fazouro, 4 km.

And enjoy the many and varied local festivities and traditions throughout the year: the patron saint feasts of San Lorenzo, Obispo Santo, O’Carmen, Festa Normanda, etc.

Thanks to its privileged location, Foz is the perfect place from that know and enjoy the scenic and cultural richness of the Mariña Lucense and the Rías Altas as a whole:

Praia das Catedrais (22 km): arguably the most striking beach in Galicia, near Ribadeo is blessed with unique natural architecture, arc-shaped cliffs over 30m high that recall the flying buttresses of a cathedral, grottos and secret passages, only accessible at low tide.

Mondoñedo, on the Northern Way of St. James, one of the seven ancient capitals of the Kingdom of Galicia, declared historical artistic with the Cathedral (XII century) as most emblematic monument, the Os Muiños town, with number of important archaeological sites such as the Cova do Rei Cintolo.

The route of the Marshal Pardo de Cela. Places such as the O Pasatempo Bridge in Mondoñedo, or the Castle of A Frouxeira or the Fortress do Ouro in Alfoz are part of the route we would travel in search of traces of this figure, who came to us in a way that is almost legendary.

Sargadelos Historic and Artistic Complex, in Cervo, which include the remains of the old foundry and pottery factory of the most emblematic ceramics of Galicia, 17km.

Other points of interest: Monastery of San Salvador or Museo de Arte Sacra in Lourenzà. The Torre de Os Moreno in Ribadeo and the Puerta de Carlos V (1548), in Viveiro are very significant local monuments along with valuable ethnographic elements that have been preserved such as the O Bogo ironworks in A Pontenova. Historical remains such as the dolmen of Santo Tome in O Valadouro or the Celtic castro settlements of Illade, Sumoas and Coto de Vela in Xove, make up a wide range of attractions. Barco Museo Boniteiro “Reina del Carmen” in Burela, 8km; the Museum of Sacred Art in Lourenzà.

In the Mariña Lucense there are more than a dozen festivals declared as Galician Tourist Festivals: besides the Foz local ones, the oldest include the festival of San Lucas de Mondoñedo and the Xira de Santa Cruz de Ribadeo. Holy Week in Viveiro has been declared as a National Tourist Event. The Rapa das Bestas (Alfoz and Valadouro), the Feira do Bonito de Burela, the Festa da Troita da Pontenova, the Festa da Faba de Lourenzá, the Queimada Popular and the Festa do Ourizo de Cervo, the Maruxaina de San Cibrao and the Festival Internacional do Emigrante in Barreiros.

The star product of the cuisine of the Mariña in Lugo – composed principally of the marine species in the Bay of Biscay – is the Faba de Lourenzá, which has a Protected Geographical Indication. 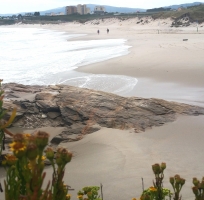 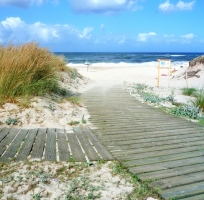 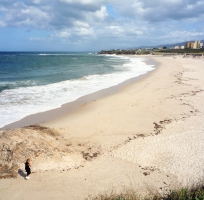 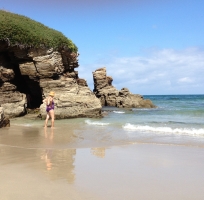 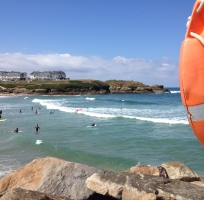 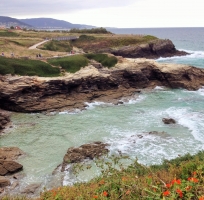 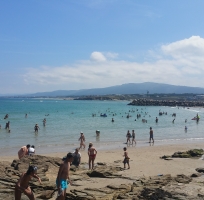 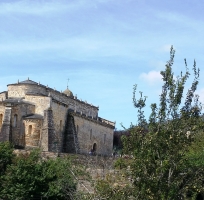 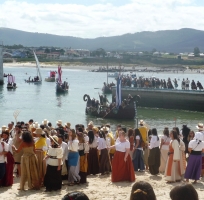 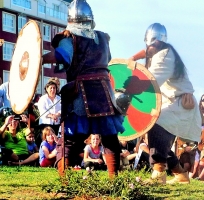 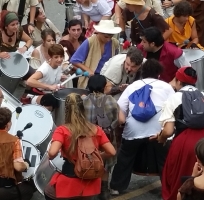 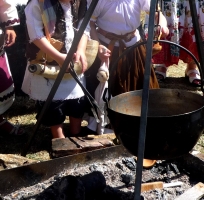 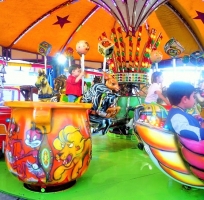 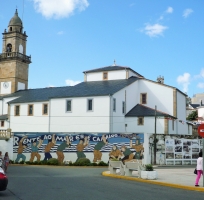 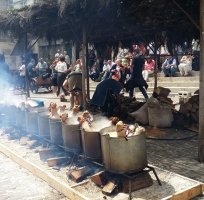 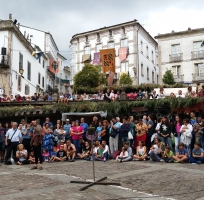 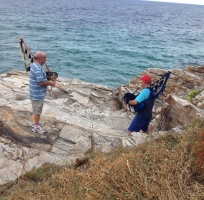 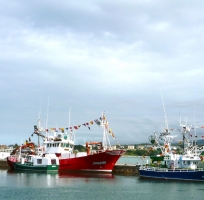 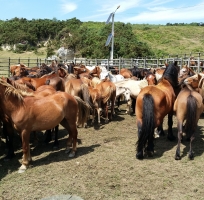 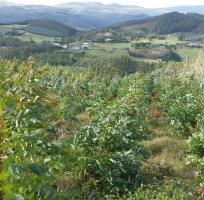